Each week, a different child in each class will get to take home their classes science bag filled with a variety of a equipment for them to experiment with. The equipment can be used to investigate anything they have an interest in and be recorded in the exercise book anyway they please such as using text, diagrams or photographs. The chosen child will get a week to experiment before returning the bag for the next child in their class. Before handing it over, they will present what they've discovered!

Check out what we've been investigating with our family and friends!

"I used the pipette to layer different types of liquids into the test tube to show that they do not mix. Instead they lay on top of each other. If I shake the tube (demonstrated) some of the liquids mix like the water and washing up liquid but the honey stays unmixed at the bottom." 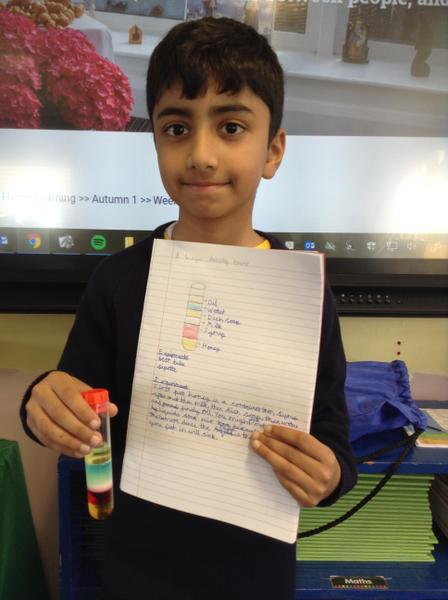 "I decided to test different liquids in sparkling water to see if any would cause a reaction. I started by adding lemon juice because it was acidic but this did nothing. Then, I added a mixture of sugar and salt which still showed no reaction. When I added baking powder, it started to fix slightly and form bubbles but, when I added the vinegar it was like a volcano as it spilled out and onto my hand holding the test tube!" 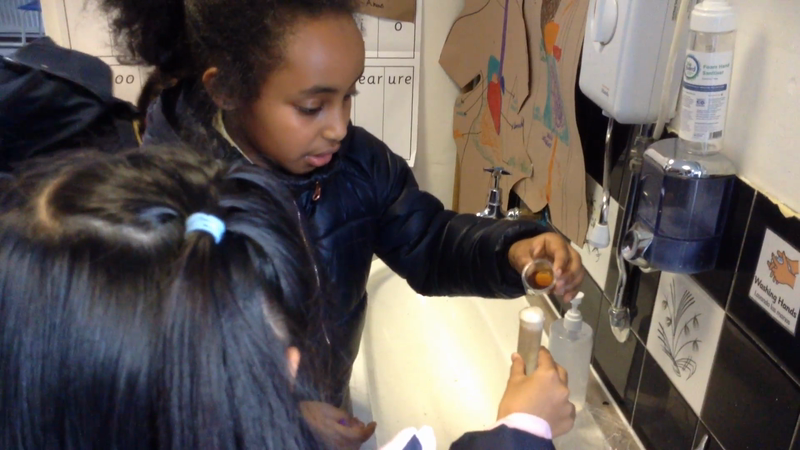